Are we already at war?
This is the first (of two) articles taking a look at the hacking and cybercrime that’s taken place in 2015. Part 2, to be published soon, looks at the simple steps we can take to enhance our security and minimise the threats from cybercrime. 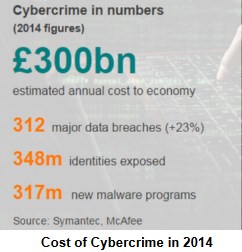 Although we’ve yet to reach the end of 2015, there’s already been an unprecedented number of data breaches and hacks compared to previous years, measured by both the number of breaches and the amount of data exposed.

The graphic on the right shows the estimated cost of cybercrime for 2014. In 2015 the cost has increased by 14% according to the “Cost of Cyber Crime Study: UK“, conducted by the Ponemon Institute and sponsored by HP.

The institute conducted 326 interviews with personnel from 39 UK companies to assess the incidence and cost of cybercrime for businesses. and the latest news is that the very recent TalkTalk hack has cost the company £35m so far

February – Billion dollar cyberheist
Up to 100 banks were penetrated and more than $1bn stolen
US health insurer Anthem
80 million patient and employee records including date of birth, social security
numbers, home and email addresses, employee information and more
May 2015 – BlueCross, US Health Insurance provider
11.2 million names, birth dates, email addresses stolen
US office of Personnel Management
21.5m US Federal employees confidential data was accessed and presumed
stolen
June 2015 – Kasperski Labs (yes, the security vendor) was hacked
Technical information was stolen, thought to be industrial espionage by a
sovereign Nation State
July 2015 – Harvard University
One of 8 universities hacked in 2015 but it’s not known what information was
accessed (and stolen)
Hacking Team
Hacking Team develop spy tools for government agencies and the breach
exposed 1 million emails including those of a sensitive nature from a number
of security agencies around the world
US Army National Guard
850,000 social security numbers, home addresses, names and other
personal information stolen
August – Ashley Madison
32m member’s data stolen and posted on the dark web for sale. The
ramifications are ongoing
September – John Brennan
CIA Director had his personal AOL email account hacked
October – TalkTalk
Major hack of the TalkTalk website and a lot of user data was stolen

In the US it is a legal requirement that all hacked companies make a report to the appropriate government department, however similar legislation has yet to be enacted in Europe so the reported incidents may just be the tip of the iceberg – and that’s assuming that hacked companies know that they’ve been hacked.

So who was behind these hacks and what was their goal? 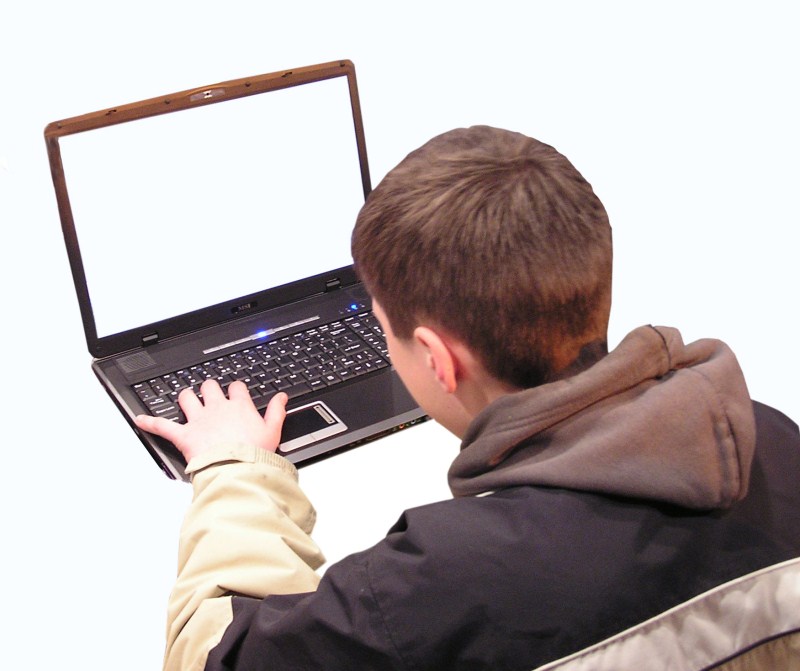 At the time of writing, 4 people had been arrested, and bailed, for the The TalkTalk hack – 3 teenagers and a young adult although no charges have been brought.

Some hacks might be carried out by the stereotypical spotty teenager in a bedroom just doing it for fun, however the majority are likely to be carried out by more worrying groups, ranging from organised crime to extort money to government organisations.

The Ashley Madison hack looks to have been for the purpose of extortion, of both Ashley Madison themselves and their members (pay us £xx or we’ll let your friends and family know where you spend your time etc).

Others will be industrial espionage, companies looking to gain a competitive advantage whilst the remainder might have been carried by departments acting for state security and it’s believed, although almost impossible to prove, that the Kasperski, US National Guard, US Office of Personnel Management & Hacking Team hacks were conducted by sovereign Nation States, believed to be North Korea and/or China.

These attacks by non-friendly sovereign nation states on infrastructure may even be attacks seen as acts of war. 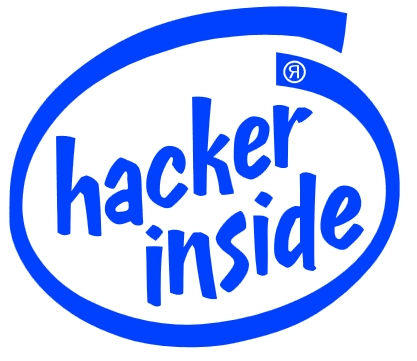 Why do hacks occur?
For some, it’s simply for fun, the challenge and the bragging rights.

However, there’s a lot of money to be made from the theft of intellectual property and business sensitive materials, and nations stand to learn a great deal about their friends and enemies. It’s widely believed, for example, that China has been inside US military design systems for many years which could explain why their military have made extremely rapid advances with the design and manufacture of new military equipment, including stealth planes, missile defence systems and drones in recent years.

Towards the end of 2015 we’re seeing that China is negotiating two way, anti-hacking, arrangements with a number of major economic partners, including the UK, USA and Germany, theoretically enshrining in law that the countries won’t attempt to hack China and China won’t try to hack them. However, even if the above is true they don’t need to hack any further if they already have access to core systems.

A cynic might also say that history indicates that China may not stick to it’s side of the deal, and even if they do – they can always ask their friends to do it for them.

Protecting your business and yourself.
Although I’ve mentioned high-profile attacks, SMEs are also at great risk and so in Part Two I’ll be looking at some simple steps that you can take to maximise your security and minimise the risk that you are exposed to.