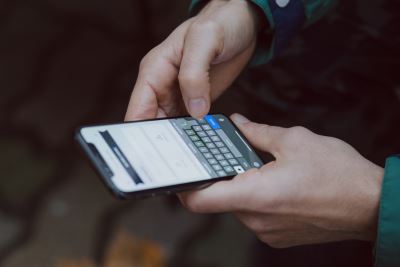 I’ve just started listening to the phone-in shows on London Broadcasting Company [LBC] on DAB, many of which make for interesting listening.

Of course, this means that I have to listen to the adverts, by far the majority of which are targeted specifically at LBC’s London audience. Although I tend to tune-out, two in particular caught my attention, although not for the reasons that the advertisers would like. They reminded me of issues associated with the importance of choosing the right domain name for your business, issues that I thought had been put to bed years ago.

In my experience, most organisations choose their domain name based on their business name “bbc.co.uk” – the sector they trade in “diy.com” and/or based on a product they sell or a service they deliver “windows.com”, for example.

The choice of name would be either discussed or shared by email, very rarely were domain names discussed and shared in print and this must be why some absolute howlers were registered. The problem being that something that looks good, or cool, in print can be a nightmare to communicate verbally and a domain name that sounds good could send totally the wrong message when viewed in print.

Take phones4you as a company name. It does what it says on the tin, sells mobile phones for you, although the “for” was replaced by “4” to shorten the domain and imitate “text speak”. Phones4You were lucky to be backed by an expensive TV and print campaign. Imagine, as a small business with a small marketing budget trying to convey the web address in a phone call, “it’s phones4you.com, that’s phones 4, the digit 4 not the word, you dot com.

There were others too, such as Speedofart.com. A London based video production agency, the domain name sounds fine when spoken but has an issue when written down.

Then there’s the Italian power generating company, PowerGen Italia, sounds fine when spoken but looks less good in writing, imagine receiving an email from powergenitalia.com [although this was later proven to be a spoof], unlike pen supplier Pen Island whose domain “penisland.net” is more “Carry On” than they probably would like.

It’s OK having a giggle at some of these but the reality is that many of these websites may not be visible to their target audience, especially where the businesses they are targeting use web-filtering devices to ensure that their personal can only access appropriate websites.

Domain names like this also cause SEO confusion because the search engines have to guess the words from the alphabet-soup of letters and yet the solution is simple, use a hyphen or two, and the intention is immediately visible, speed-of-art.com and pen-island.net for example.

So, back to LBC and the two adverts that set me thinking, one is for a London based Cloud Service  provider called Xara Cloud. The voiceover had to enunciate each letter “X, A, R, A Cloud to make sure that potential clients did not confuse the X with Z and the second was for “Buy2let cars” where the voiceover tried to emphasize the 2 but totally failed to communicate whether it was Buy2LetCars, BuyToLetCars or BuyTooLetCars.

The moral of this is simple, when thinking of a domain name, make sure that it looks good in print and is easy to communicate verbally and if it’s not, then go back to the drawing board.

I might not be able to undo any domain names that you have registered but I can certainly help with the majority of internet marketing issues that you have, so why not give me a call on 01793 238020 or drop me a line, andy@enterprise-oms.co.uk for an informal and free chat about your issues and how I may be able to help.