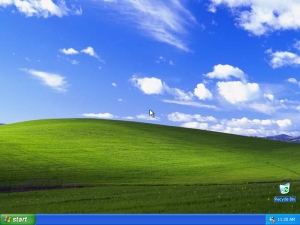 In a life that has seen 2 US Presidents, 3 UK Prime Ministers and 3 Popes Microsoft is finally stopping support for Windows XP on April 8th 2014.

According to a survey conducted by Net Applications more than 30% of computers around the world are still running Windows XP. This is mainly simply because “it works” and for many there’s been no compelling reason to change.

However, that time is NOW and it’s because since 2001 Microsoft have been constantly working away behind the scenes to deliver patches that resolve reliability issues and fix security holes in Windows XP as well as developing their next versions of Windows

After April 8th 2014 the Microsoft support for Windows XP ceases so when the hackers find a security hole that will enable them to take over your Windows XP PC, without your knowledge, they’ll be able to monitor your activity, read your emails, learn your online banking security codes and be “you” if they want to.

You may never notice until your bank accounts have been emptied, payment demands for loans that you never took out start dropping through your door, or the anti-piracy police come storming in because your computer has been hosting pirated software, films or something much worse. 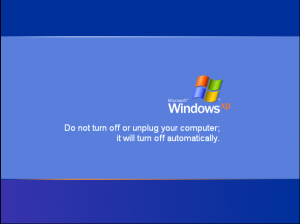 Anti-Virus software will protect you from many risks but they’re powerless in this scenario.

So, if you’re using Windows XP and are more than a little concerned about your security it’s time to start thinking about moving on and it may not simply be a case of buying and installing Windows 8.

All of these reasons, and more, mean that the time to start planning is NOW. Check your businesses to see which desktops and laptops are still running Windows XP, I know there are loads out there, my web Analytics shows that more than 25% of visitors to my website are still using Windows XP.

I can help with your migration, I’ll

So, if you are more than a little concerned about your IT security then drop me an email to andy@enterprise-oms.co.uk or give me a call on 01793 238020 to start the ball rolling and to ensure that your network is secure in 2014 and beyond.